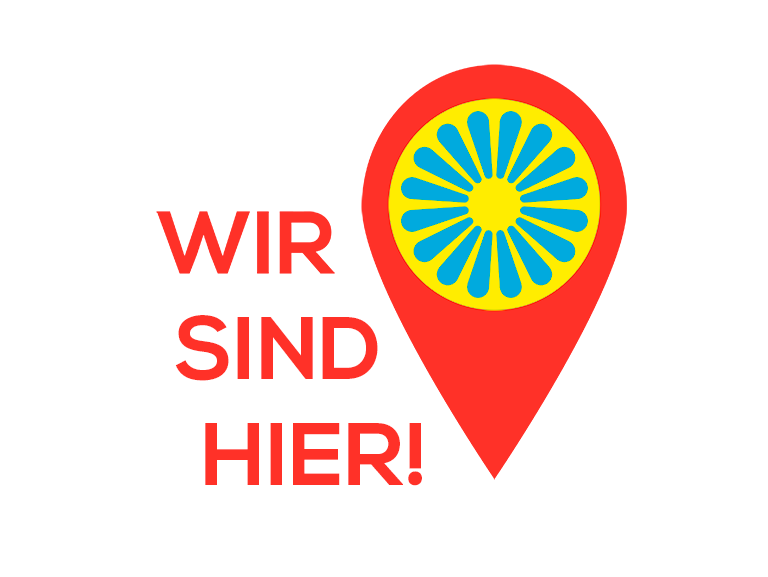 This season, the Green Salon will again be run by artists* and activists from Berlin’s Roma* and Sinti* communities: Together with RomaTrial e.V and the Romnja in Power theater collective, WIR SIND HIER! is shaping a vision of a future society in the Grüner Salon – a society in which the lives and perspectives of all people are of equal value. A future in which Roma* and Sinti* are no longer a problem, but the hosts.

Among other things, WIR SIND HIER! will contribute a new youth theater piece to the program of the Green Salon and will recruit new young performers from the Roma communities in Berlin. WIR SIND HIER! fulfills its role as host par excellence with a planned series of events: On October 21 at 9 p.m., the young peer trainers invite you to dance on the red carpet. Further dates will follow.

The Green Salon opens its doors on September 16, 2022 for the 2022 / 2023 theater season with the week-long series of events and exhibition “Germany your children – On continuities of right-wing violence”. They commemorate the 30th and 31st anniversaries of the pogroms of Rostock-Lichtenhagen and Hoyerswerda and draw an arc to the current treatment of people on the run.

In film, radio play, lecture and discussion, those affected – former contract workers from Mozambique and Vietnam as well as Roma – and activists from Sea Watch as well as Afghan and Syrian associations will have their say.

The musician Mal Élevé will kick off the event with an open-air concert. With his open approach to his Manouche identity, Mal Élevé inspires young Roma* and Sinti* in particular. His songs -a mixture of reggae, dancehall, ska, rap and punk- are a declaration of war against fascism, capitalism and sexism and at the same time a call for worldwide solidarity.

More information about the program of the Green Salon here.

WE ARE HERE! is happy to be part of the Green Salon team!

A project of RomaTrial e.V.

RomaTrial e.V. is a transcultural Roma self-organization and interactive platform with the goal to bring the complex problems of antigypsyism on stage, screen and in the ether – but especially in the heads of society. Our focus is on film and art festivals, cultural and political education work for young people and adults, creative theater and film projects, summer schools and seminars against antigypsyism and cultural events with a meaning.

Our imprint can be viewed here.

This website uses cookies to improve your experience while you navigate through the website. Out of these cookies, the cookies that are categorized as necessary are stored on your browser as they are essential for the working of basic functionalities of the website. We also use third-party cookies that help us analyze and understand how you use this website. These cookies will be stored in your browser only with your consent. You also have the option to opt-out of these cookies. But opting out of some of these cookies may have an effect on your browsing experience.
Necessary Always Enabled
Necessary cookies are absolutely essential for the website to function properly. This category only includes cookies that ensures basic functionalities and security features of the website. These cookies do not store any personal information.
Non-necessary
Any cookies that may not be particularly necessary for the website to function and is used specifically to collect user personal data via analytics, ads, other embedded contents are termed as non-necessary cookies. It is mandatory to procure user consent prior to running these cookies on your website.
SAVE & ACCEPT